After a lifetime filled with fast cars and fireworks, former racing driver and devoted grandmother, Marie-Louise Howard, picked Breakfast Point for its sporting and social appeal. We met to hear more of her fascinating story

Marie-Louise Howard, affectionately known to friends as ML, will modestly tell you her life “hasn’t been very exciting”. But it only takes a few minutes in her presence to learn this can’t be further from the truth. Excitement has always been part of her DNA.

Born into Australian sporting royalty in 1947, her maiden name, Geoghegan, is still synonymous with legendary motor racing success. “My father [Tom] was a highly successful competitive racing car driver, as were my brothers Leo and Pete [born Ian], who won a string of touring and open car championships in the 1960s and ‘70s. They were the Alan Moffats and Peter Brocks of that decade.”

Growing up in the Western Sydney suburb of Liverpool, Marie-Louise was inspired from an early age to love and appreciate fast vehicles.

“I remember dad always teaching me about cars. He’d take me to auctions where he’d educate me on how to choose the best cars, and then how to sell them.” Those skills became priceless when the siblings inherited his dealership after he passed.

From the mid 1960s to the late ‘70s, Geoghegans Sporty Cars in Haberfield was exclusive Australian distributor of international luxury motor vehicle brand Lotus, and Marie-Louise headed up their assembly and service. “I didn’t have to know how to put any of the cars together, but I sure did know how to find excellent mechanics.”

Given she worked at the family dealership while also supporting her brothers’ motor racing careers – which included coordinating up to four different cars in four races on any given day – it’s not surprising that at age 21, Marie-Louise decided to begin her own competitive journey. “I started racing for fun, but the pressure I placed on myself was very high. I felt I had to be the best and it was daunting considering my brothers were top of their fields.” 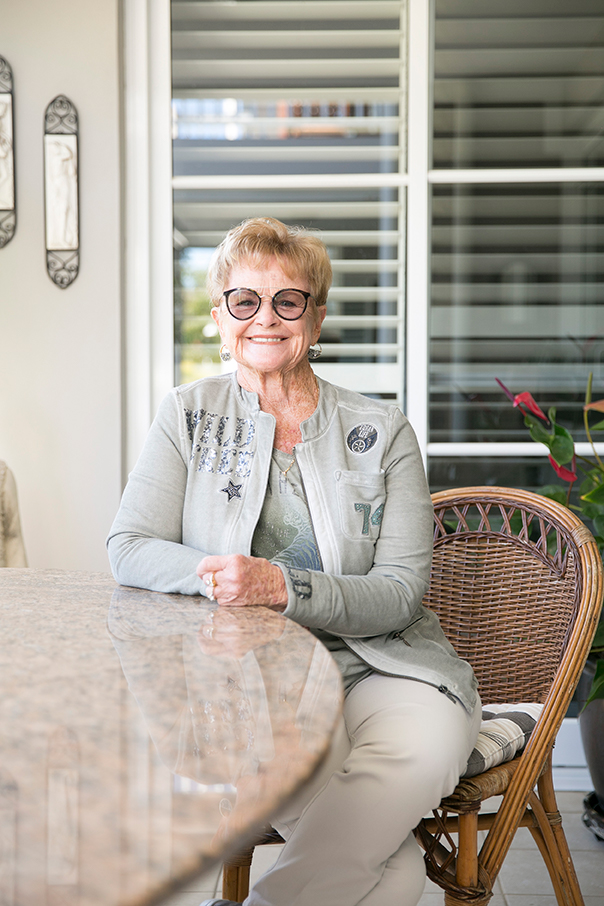 To further complicate matters, they didn’t approve of her racing at the time, so she sought the help of their peers, competitors and car brands. “The best thing my brothers ever did for me was to not help me at all,” she says. “It’s like the lessons you learn yourself offer the greatest rewards.”

Marie-Louise’s obvious affinity for racing and her desire to learn as much as she could saw her win a great many female titles. One career highlight was taking first place at Oran Park in Sydney driving a Morris Mini Cooper, where – on crossing the finish line – her brother Leo lowered the chequered flag.

By the end of her first year, she’d graduated to racing in professional mixed races, but an unfortunate accident that saw her car spin backwards into a fence and stop at the edge of a cliff, prematurely put an end to her dream. “I was really enjoying that race, and I was certainly doing well before the accident. Had I had worked at racing for another 18 months, I would have improved,” she reflects with a touch of sadness. 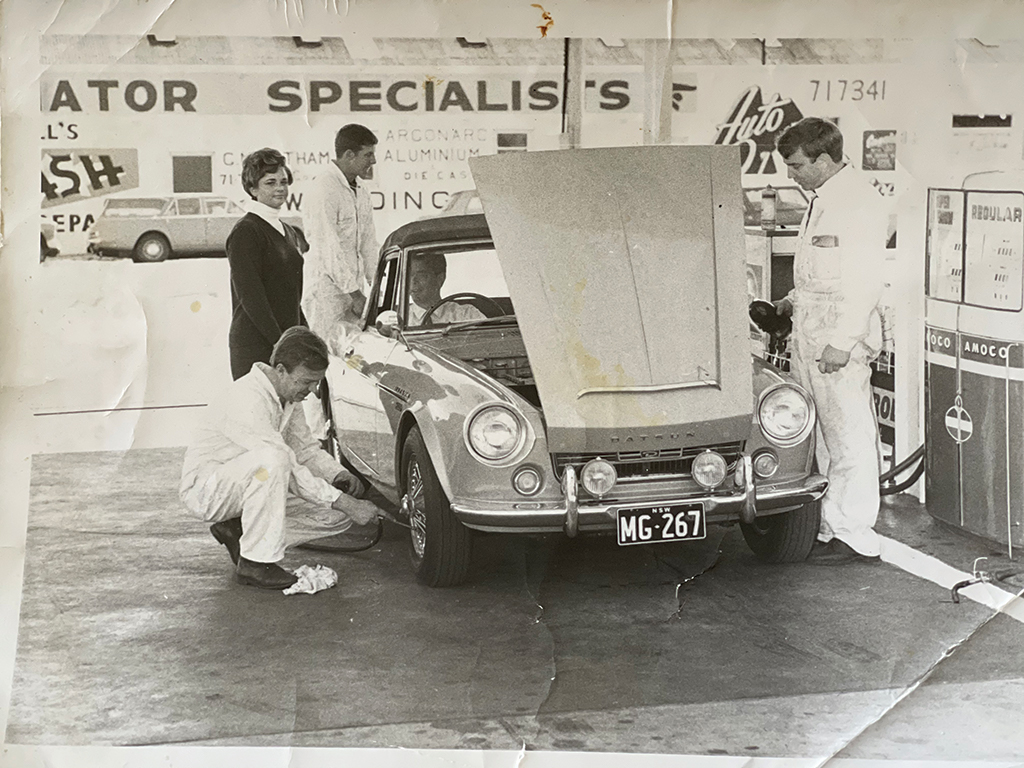 At the same time, Marie-Louise was dating Les Howard, a retired professional racing driver and heir to Howard and Sons, one of Australia’s most notable pyrotechnics families. The couple married in 1970 and had three boys. Her eldest, Samuel, inherited his maternal family’s passion for cars and entered the motor business. His brothers Christian and Andrew pursued pyrotechnics and eventually inherited their father’s company. “They are fourth generation pyrotechnics,” she notes, adding that their award-winning company has lit up the skies of many historical celebrations throughout the generations, including the opening of the Harbour Bridge, numerous Royal visits, and the 2006 Melbourne Commonwealth Games opening and closing ceremonies. Marie-Louise was also instrumental in growing the toy fireworks arm of the business, and in the late ’70s and early ’80s, travelled to China to fearlessly negotiate and trade goods. “At the time, and in my field, there was only one other woman working in China as a chemical buyer for a German company,” she recalls with a laugh. “The Whitlam government had only just starting to trade with China and my first two business trips were on a tourist visa.”

Today, Marie-Louise chooses a somewhat quieter life living in her immaculately furnished apartment in Breakfast Point, an area she humorously dubs ‘Shady Pines’. She loves spending time with her family and grandkids, marathon swims six days a week at the Country Club, and catches up with her friends, many of whom live nearby. Every month these self-labelled ‘Ladies Who Lunch’ meet for a boozy meal, something they’ve now been doing for more than 15 years.

Just as it seems there couldn’t be much more to this remarkable woman’s story, she strikes a cheeky smile and drops another unexpected surprise.

“Come and meet my friend,” she says. “She’s beautiful, she’s red, and her name is Rebel.” Turns out Rebel is her prized 1965 Mustang, which she regularly takes out on rides with her friends and to monthly car club meets. “Rebel’s a left-hand drive, so when I’m at the traffic lights, I inevitably catch the young guy next to me look over and think: ‘What a waste, look at the old lady driving that beautiful car’. Then you’ll get the 45-year-old dad who says: ‘I always wanted one of those’. Rebel is sassy.” A lot like her owner, one might suggest.