He’s had countless labels throughout his career, but one thing this Breakfast Point local has always been is a funny bloke. We caught up with the professional comedian, musician, fitness instructor and well-known local personality.

Comedian Mick Meredith has one of those faces you look at and think, ‘Where have I seen this guy before?’. And chances are you could have crossed his path almost anywhere. A chameleon of sorts, Mick has been a council worker, painter, clown, musician, MC, cruise ship entertainer, magician, comic writer, boot camp instructor, actor, mental health first aid facilitator and performer appearing in several films and television shows. But ask him what his proudest role in life has been and he’s quick to answer it’s being a dad.

It wasn’t long after becoming a father that Mick created a magic show for kids playing a clown called Tricky Mickey. “I was a big hit in the Western suburbs,” he notes, laughing. “I still get people coming up to me after my adult comedy shows saying, ‘Are you Tricky Mickey? You played at my fifth birthday party and boy have your shows changed!’.”

Mick grew up as a timid kid from Yagoona who would sit in his room for hours practicing the bass guitar. “I was really shy, excruciatingly so, and a bit of a sook but I wanted to be a rock star. I discovered glam rock, KISS and Alice Cooper and noticed
I could do what I love, but still wear a bit of a mask.” The 1980s saw him realising his dreams, playing and putting out a few records with alternative rock bands, which included The Hillarys and The Moles.
“I played the last ever Plug Uglies gig [in the early ’90s] at the Annandale Hotel. It was a sold-out event.”

Simmering in the background, however, was a passion (or as Mick calls it, an itch that needed to be scratched) for comedy. Confessing his keen interest to a mate’s wife, she asked if he had any jokes and kindly offered to take him to open mic nights. “She would turn up and I would say ‘nah, I’m not going’ but one night I did, killed it and I never looked back.”

Simmering in the background was a passion (or as Mick calls it, an itch that needed to be scratched) for doing comedy 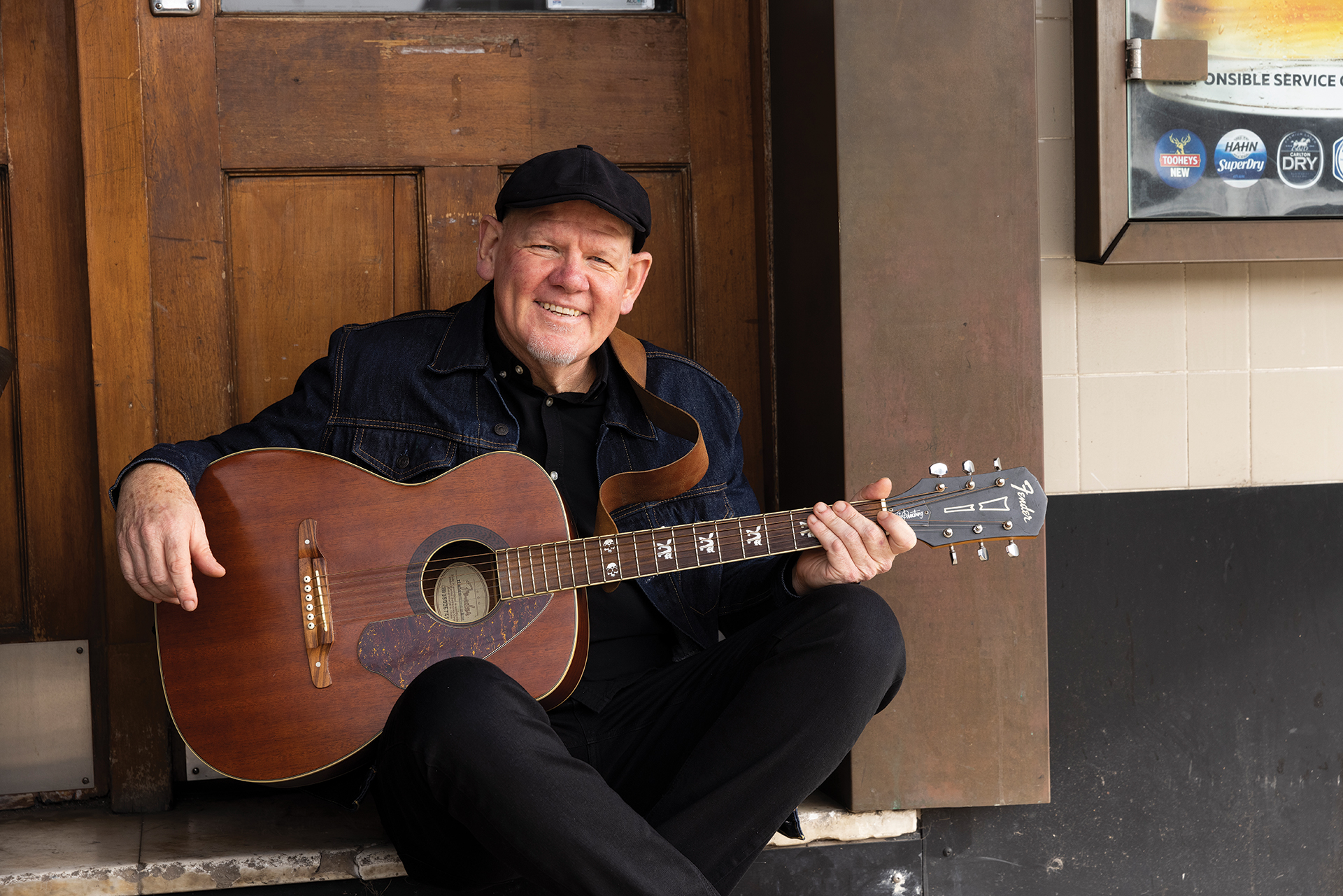 Early on, Mick did a comedy writing workshop in Surry Hills, graduating in the same class as author, actor, painter and comedian, Anh Do. They would later share many comedy festival stages throughout Australia and abroad. Mick went on to become a full-time comedian, respected for his quick wit, dry delivery and knack for reading the room. “Even if I’m last on the bill, I’ll rock up an hour earlier and watch the other comedians and the crowd, and work out what’s funny to them. I like to keep up to date and am constantly writing and working. It’s a comedy muscle that needs to be flexed,” he says. Merging his laid-back Australian comedic style and his musical ability saw many doors open for Mick, including a year-long gig on The Footy Show [Channel 9] as a regular guest and writer. “The trick to comedy songs is to make every line funny or it ends up being one long song with [just] a funny ending.”

"The best gig ever was in the Sinai Desert, on border of Egypt and Israel. I played to 25 different nationalities and I killed it"

His proudest career achievements though were his three Armed Force Entertainment tours: two to East Timor and one to the Middle East. Having inherited his funny bone from his mother, he knew these gigs would make her proud, as she’d long been a fan of Bob Hope’s military tours. “The best gig ever was in the Sinai Desert, on border of Egypt and Israel.

I played to 25 different nationalities and I killed it,” he says. “I remember getting off the plane and being picked up by the Australian army. They asked which of us was the comedian and when I put up my hand, they said, ‘Oh, we’ll see about that, mate!’. It was still scary though. We drove into the camp in United Nations vehicles, fully decked out in protective gear. People were chucking rocks and water bottles and when I asked the soldier next to me what it was all about, he told me they just wanted a drink.”

Mick has been a resident of Breakfast Point for four years and will unabashedly tell you he moved there for love. When Mick first met Moe Brien, he thought she was out of his league and his total opposite: fit and healthy, beautiful and a corporate executive. Now they’re partners in both life and business, and work as fitness instructors at commercial gym chain, Fitness Local. Moe, who also runs mental first aid courses, uses Mick to assist with facilitation and role-playing scenarios to help get people back to safety. “Like many performers, I have experienced depression and anxiety, so I’ll talk about it openly and show vulnerability to take the stigma out of the topic straight away.”

Mick admits he had never been part of a real community until Breakfast Point, which has been a fantastic discovery. “It’s a bit like living in Pleasantville,” he notes. “I bump into people I know every day, whether it be at the local IGA, at my boot camp [Legends on the Oval] or at any of the great cafes in our area.” When pressed on which coffee spot is best, he says he likes to try a different one each day, but makes sure he walks past the others with his cup well hidden.

“When we first moved to Breakfast Point my son was 18 and we lived behind the country club, so I told him it was Russell Crowe’s house. He asked, ‘Oh, wow, do you see him?’ and I said, ‘Nah, he rarely gets out’. After a few days of passing the front of the club, my son told me, ‘Dad you’re such a liar!’” But that’s just Mick. He’d do anything for a laugh. 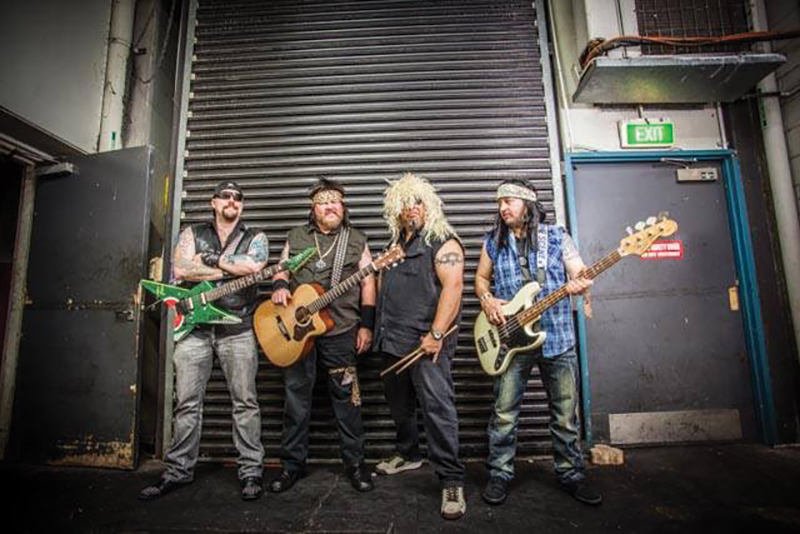 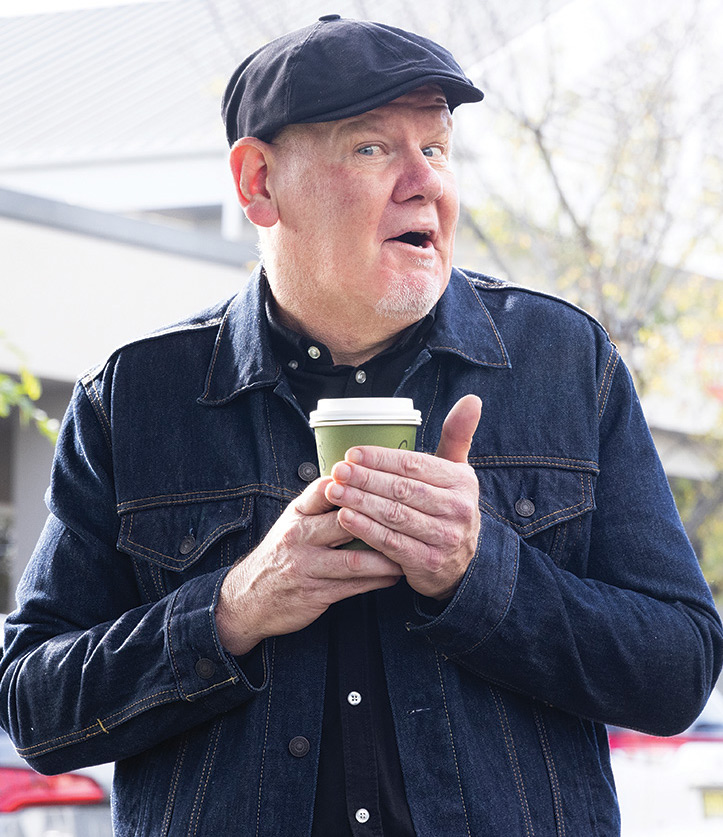 From Top: Legends on the oval: Mick (second from left) with his band The Venomous Priests of Dio: a cafe local.

The Greening of Breakfast Point